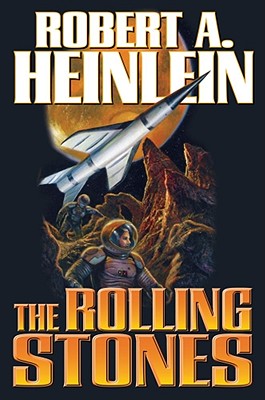 One of Heinlein’s Best-Loved Works. By “One of the most influential writers in American literature.” —The New York Times Book Review.

The rollicking adventures of the Stone Family on a tour of the Solar System. It all statred when the twins, Castor and Pollux Stone, decided that life on the Lunar colony was too dull and decided to buy their own spaceship and go into business for themselves. Their father thought that was a fine, idea, except that he and Grandma Hazel bought the spaceship and the whole Stone Family were on their way out into the far reaches of the Solar System, with stops on Mars(where the twins got a lesson in the interplanetary economics of bicycles and the adorable little critters called flatcats who, it turned out, bred like rabbits; or perhaps, Tribbles....), out to the asteroids, where  Mrs. Stone, an M.D., was needed to treat a dangerous outbreak of disease, even further out, to Titan and beyond.

"Not only America's premier writer of speculative fiction, but the greatest writer of such fiction in the world".