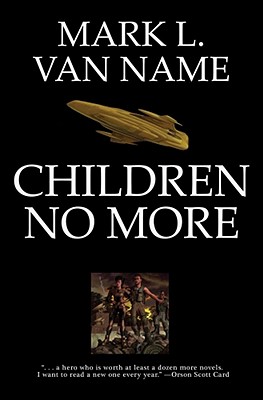 This is book number 4 in the Jon & Lobo series.

The Sequel to One Jump Ahead, Slanted Jack and Overthrowing Heaven. Jon and Lobo are back and On a Mission to Save Children Whose Childhood has been Stolen and Replaced with the Horrors of War. No child should ever be a soldier. Jon Moore knew that better than most, having learned to fight to survive before he'd hit puberty. So when a former comrade, Alissa Lim, asks for his help in rescuing a group of children pressed into service by rebels on a planet no one cares to save, he agrees. Only later does he realize he's signed up to do far more than he'd ever imagined. Jon's commitment hurtles him and Lobo, the hyper-intelligent assault vehicle who is his only real friend, into confrontations with the horrors the children have experienced and with a dark chapter from his past. The mission grows ever more complicated as they deal with: - An assault on a rebel fortress deep in the jungle
- A government whose full agenda is never clear
- A woman Jon once loved and who still loves him--but who will sacrifice anything for her cause
- The best con man they've ever known
- And, toughest of all, their own demons, as we learn for the first time what happened after his home planet's government yanked Jon's sister out of his life Jon and Lobo rush straight into the darkness at the heart of humanity to save a group of child soldiers--and then face an even tougher challenge: When we've trained our children to kill, what do we do with them when the fighting is over? Because the plight of these children is so near to the author, he is donating 100% of his hardback proceeds (including his advance) to a non-profit that helps to reintegrate children soldiers in the Congo. For every hardback book that sells, Falling Whistles will get a donation from the author. (www.fallingwhistles.com). For more details, please see www.childrennomore.com.

Mark L. Van Name, whom John Ringo has said is "going to be the guy to beat in the race to the top of SFdom," has worked in the high-tech industry for over 30 years and today runs a technology assessment company in the Research Triangle area of North Carolina. A former Executive Vice President for Ziff Davis Media and a national technology columnist, he's published over a thousand computer-related articles and multiple science fiction stories in a variety of magazines and anthologies, including the Year's Best Science Fiction. Jon & Lobo stories have appeared in a Baen anthology and Jim Baen's Universe.