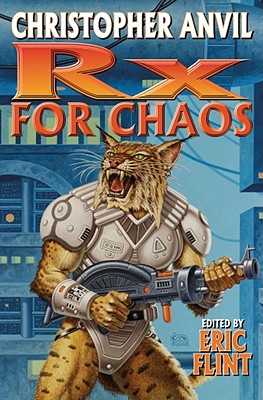 First Time in Mass Market. Technology is Wonderful Stuff--but Watch Out for The Occasional Unexpected Side Effect Science Fiction by a Master of Humorous Adventure. Science and technology have made our lives easier, cured diseases, with achievements that an earlier age would have considered impossible. But once in a while, the law of unintended consequences breaks loose. Christopher Anvil considers the two faces of technological innovation: Sometimes the result is a literal life-saver; but at other times a breakthrough may not break quite the way it was supposed to. - A new wonder drug has the unexpected side effect of making people happy. Not a problem--everybody should want to be happy, right? But should people be happy all of the time? Suppose being happy required you never to disappoint anyone, no matter what they're requesting. . . . - Then there was the energy source for every home that would free the country from its dependence on foreign oil--except that the prototype was rushed into production a bit too fast. - Back on the bright side, another device not only couldn't possibly work by every known law of science, but didn't have any obvious uses. Then alien invaders landed and suddenly the crackpot device was the world's only hope. The upside and downside of marvelous new gadgets, as told by a master of science fiction adventure with a prescription for fun.

For two decades, Christopher Anvil had numerous stories in the leading science fiction magazines, and was a frequent and popular contributor to the leading magazine, Analog, where he consistently ranked high in the reader's polls, and had several stories nominated for Hugo and Nebula awards. Like Keith Laumer, he has a rare ability to combine fast-moving adventure with wry humor. His previous books for Baen were Pandora's Legions, Interstellar Patrol, Interstellar Patrol II: The Federation of Humanity, The Trouble with Aliens and War Games.