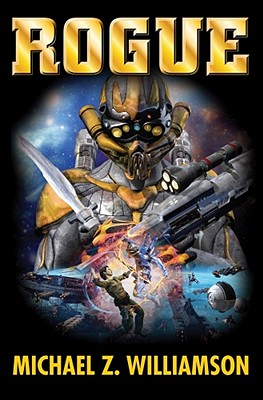 In a war-torn interplanetary future, a tactical forces specialist transformed into a sociopathic killing machine after a near-genocidal mission goes on a murderous rampage.  The only one who can stop him is his reluctant former commanding officer – a man who must find a way to reawaken the beast within himself without losing his own soul in the process.

Kenneth Chinran commanded the elite unit assigned to take out an entire planet in a terrible war.  Millions died; billions more perished in the aftermath.  One doesn't send a sociopath on such a mission.  A sociopath might not stop.  Chinran did stop – but in the process nearly lost his sanity and his soul.

But one of Chinran’s men was a sociopath going in.  Now he’s a trained sociopath with the knowledge and firepower to take out entire tactical teams, evaporate through security cordons and change identity at will. Who do you send after a killer like that?  There’s only one answer:  the man who trained him.  The man who made him.

A 25-year veteran of the US Army and US Air Force, Michael Z. Williamson is a state-ranked competitive shooter in combat rifle and combat pistol. His other books include Freehold, Better to Beg Forgiveness, and Hero – a collaboration with New York Times best-selling author John Ringo. He was born in England, raised in Liverpool and Toronto, Canada, and now resides in Indianapolis with his wife and two children.