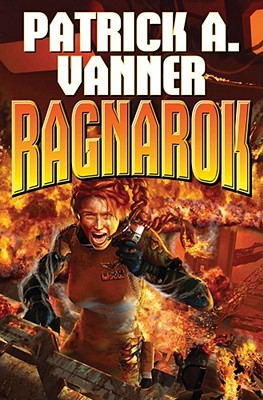 Book one in a hard-hitting new space opera series!  After a brutal alien attack, humankind fights for survival with a tough, freedom-loving starship captain and her trusted intelligence chief at the vanguard of the counter-attack – and to eventually take the fight back to the enemy.

Book one in a pulse-pounding new military science fiction epic. Sol System, 2198.  Unconditional surrender. Those are the terms on offer to an Earth reeling from brutal alien attack. Yet after near disaster, Earth’s young space fleet has survived to fight again. What the Fleet needs is a breathing space to rebuild. What it gets is a traitor in its midst. Liberty or alien domination: for battle-seasoned starship captain Alexandria McLaughlin and gutsy Marine officer Stewart Optika there’s no choice.  It’s victory or death,  damn the torpedoes and semper fi. The fight for Earth’s freedom is on.

Patrick A. Vanner was born into a U.S. Marine family and enlisted in the Marine Corps like his parents before him. After a successful military tour serving in both Iraq and Afghanistan, Vanner earned a degree in network administration and began a career in telecommunications and information technology. He lives in Maryland with his wife and divides his time between working, reading, writing, gaming and spending an exorbitant amount on anime.