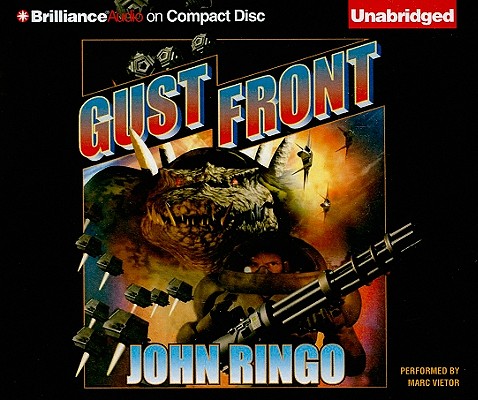 By John Ringo, Marc Vietor (Performed by)
Email or call for price.
Out of Print

This is book number 2 in the Legacy of Aldenata (Audio) series.

Our choice was simple: we could be cannon fodder, or we could be...fodder. We could send our forces to fight and die (as only humans can) against a ravening horde that was literally feeding on its interstellar conquests--or remain as we were--virtually weaponless and third in line for servicing.

Amazingly, thanks to a combination of raw valor and alien tech transfer, in the first two campaigns Terrans fought the Posleen to a standstill. The brief pause gave the survivors of the Barwhon and Diess Expeditionary Forces a chance to get some distance from the blood and misery of battle against the Posleen centaurs. With the Posleen invasion only months away these shell-shocked survivors might be the only people capable of saving the Earth from utter devastation.

If the veterans have time to lick their wounds. Because the Posleen don't read schedules.

"...this novel should cement Ringo's reputation as one of the best new practitioners of military SF." --(Publishers Weekly)