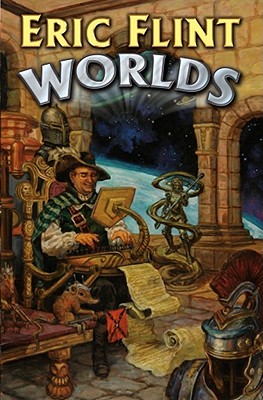 A cornucopia of hard-hitting and insightful tales for fans of New York Times bestseller Eric Flint and his Ring of Fire alternate history series. This generous selection includes stories and two short novels from the Ring of Fire series, as well as hilarious tales from Flint’s Joe’s World humorous fantasy series and, with Dave Freer, a tale set in their popular Rats, Bats and Vats series. Next, Flint goes all-out for the “aha” moment within a clutch of stories set in the shared worlds of bestselling military science fiction legends David Weber and David Drake, including one entry in Weber’s blockbuster Honor Harrington universe. The collection is capped with the hard-hitting, bleak and beautiful “Islands,” a classic alternate history novella set in Flint and David Drake’s Belasarius alternate Rome series, and it comes complete with an insightful foreword by Flint together with his delightful and informative introduction to each tale.

About Eric Flint:
“An SF author of particular note…one who can entertain and edify in equal, and major, measure.” – Publishers Weekly