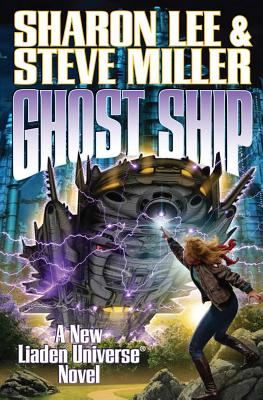 This is book number 12 in the Liaden Universe® series.

A young star-pilot maverick and legend-in-the-making continues her journey to destiny and adventure in master storytellers Sharon Lee and Steve Miller’s phenomenal Liaden universe®.  Theo Waitley discovers the heroine inside herself as she follows her destiny as an ace starship pilot and budding leader of a powerful Liaden clan.

Theo Waitley is an ace starship pilot – and pure maverick.  Her mom is a renowned Terran scholar and her birth father is an interstellar aristocrat in hiding. She still feels like a socially challenged misfit.  But after being selected to train with the best-of-the-best at the pilot academy, she figures she can leave behind those gawky, misfit days of teenage angst that made life so complicated before!   But for Theo, life is about to get even MORE complicated – and deadlier still.  For even though she’s survived the Academy and become one of the best pilots in the galaxy, the past is about to blast her with gale-force winds.  Theo can run, but she can’t hide.  Her destiny as master pilot and leader of a powerful Liaden clan calls, and there are lots of enemies who will try to make sure she’s quite dead before she has the chance to make an answer.