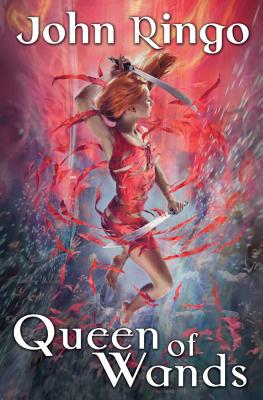 Soccer mom and demon fighter Barbara Everette has a problem.  It seems Janea, Barbara’s assistant and The Foundation for Love and Universal Faith's best operative, has been thrown into a coma by some very nasty magic she’s stirred up. Barbara must track down the perpetrators and break the spell or Janea's soul will be forever lost on the astral plane. Oh, and if she can't break the spell, zombies will destroy all mankind.
Meanwhile, Janea, a high-dollar call girl, stripper and High Priestess of Freya when she isn’t fighting demons, must contend with a spiritual journey of her own.  It’s a journey into Janea’s acceptance of herself in all her dimensions (and what dimensions they are!). Where to locate one’s true inner essence? At a science fiction convention, of course. But when rescuers pursue Janea into her vision of a geeky alternate reality, we find this is one science fiction convention where the Guest of Honor could turn out to be Death Himself.
Finally, the Christian soccer mom and the Norse priestess stripper face their greatest challenge ever when an ancient Old One rears Her ugly face, and the Mother of Darkness walks among us. Since this is one Mother who is quite immune to any conventional power, including nuclear weapons, it seems humanity’s only hope is God. The question being: Is God willing to save humanity?