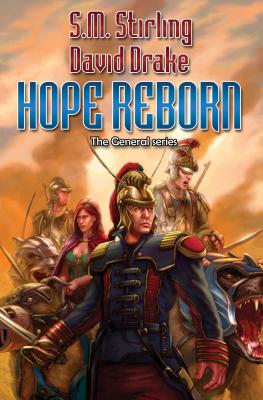 About Hope Reborn
"The various battles and intrigues-all of them very clever and some of them very unexpected-make up the core of these extremely well-written and unabashedly fun books. And really, the action never stops. I highly recommend them to you as they've come out in a tasty trade format that's very easy to hold and lug around (they are, in other words, backpackable)."--Amazing Stories About the Raj Whitehall series: " T]old with knowledge of military tactics and hardware, and vividly described action. . .devotees of military SF should enjoy themselves."--Publishers Weekly " A] thoroughly engrossing military sf series. . .superb battle scenes, ingenious weaponry and tactics, homages to Kipling, and many other goodies. High fun."--Booklist About David Drake: " P]rose as cold and hard's the metal alloy of a tank...rivals Crane and Remarque..." -Chicago Sun-Times "Drake couldn't write a bad action scene at gunpoint." -Booklist

The Army took David Drake from Duke Law School and sent him on a motorized tour of Viet Nam and Cambodia with the 11th Cav, the Blackhorse. He learned new skills, saw interesting sights, and met exotic people who hadn't run fast enough to get away. Dave returned to become Chapel Hill's Assistant Town Attorney and to try to put his life back together through fiction making sense of his Army experiences. Dave describes war from where he saw it: the loader's hatch of a tank in Cambodia. His military experience, combined with his formal education in history and Latin, has made him one of the foremost writers of realistic action SF and fantasy. His books include the genre-defining and bestselling Hammer's Slammers series, the RCN series including What Distant Deeps, In the Stormy Red Sky, The Way to Glory, and many more. His bestselling Hammer's Slammers series is credited with creating the genre of modern Military SF. He often wishes he had a less interesting background. Dave lives with his family in rural North Carolina. S.M. Stirling is a writer by trade, born in France but Canadian by origin and American by naturalization, and living in New Mexico at present. His hobbies are mostly related to the craft, with a love of history, anthropology and archaeology, and an interest in the sciences. His books include Drakas! and The Reformer.