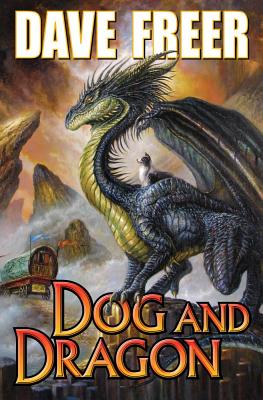 By Dave Freer
Email or call for price.
Special Order

#2 in the Dragon’s Ring high fantasy series.  A wry and clever young heroine coming into her magical powers is flung into the midst of power struggles and momentous battles in a medieval-style world where her coming may be the answer to a long-awaited prophecy of liberation from tyrannical rulers.

#2 in the Dragon’s Ring high fantasy series.  A wry and clever young heroine coming into her magical powers is flung into the midst ofpower struggles and momentous battles in a world where her coming may be theanswer to a long-awaited prophecy of liberation from tyrannical rulers.

Lyonesse:  a world formed with a magic so deep that it takes a true king to hold its parts inbalance.  Yet there is no king on thethrone, and a dark power struggle is underway between an ancient sorceress withher shadow army of destruction and the human subjects of Lyonesse’s power-madwizard. The only spark of hope is a prophecy that tells of a Defender who willone day come and set things to right.

Young Meb, flung from her dragon-ruled homeland in anotherplane of existence into Lyonesse, doesn’t think she’s been called to be anykind of Defender.  And she certainlyisn’t happy when she’s immediately embroiled in the deadly power plots of thelocal royals.  But Meb also happens to bean adept at the universe-folding skill of Planomancy, trained by a  world-walking troubleshooter of themultiverse, the great Dragon Fionn himself –a dragon who is desperatelysearching for Meb, whom he’s come to love. Accompanying Fionn is Dileas, Meb’s pet and the most loyal magic sheepdog in a thousand universes.  If anyonecan track Meb across time and space, Dileas can.

As the legions of Shadow Hall gather to bring down theleaderless kingdom, Meb must decide whether to use her ability to become theDefender everyone hopes for–if only to avoid becoming the play-thing oftyrants.  With the Dragon Fionn on theway, magical battle is joined, and the destiny of universes hangs upon one thecourage in one young woman’s heart.

About Dave Freer’s A Mankind Witch:

“Good characterization, ripsnorting action and an ingeniousplot make this a feast for sword and sorcery fans.” –Publishers Weekly(starred review)

About Dave Freer:
"There are great pleasures in life: a cold beer on a hot summer day, an Irish coffee in mid-winter, and a Dave Freer adventure story any time of the year."–Eric Flint, New York Times best-selling creator of the Ring of Fire series

Dave Freer is an ichthyologist turned author who lives on Flinders Island (between mainland Australia and Tasmania) with his wife, four dogs and four cats, and two sons. He has coauthored a range of novels with Eric Flint (Rats, Bats and Vats, The Rats, the Bats and the Ugly, Pyramid Scheme, and Pyramid Power), with Mercedes Lackey and Eric Flint (The Shadow of the Lion, This Rough Magic, The Wizard of Karres, Much Fall of Blood) as well as writing the solo novels The Forlorn, A Mankind Witch and Dragon’s Ring, all for Baen.