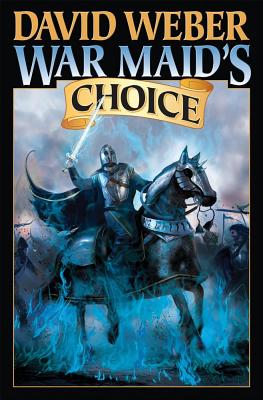 This is book number 4 in the War God (Weber) series.

Bahzell of the Hradani is back! Exciting fantasy adventure by the New York Times and USA TODAY bestselling author of the Honor Harrington series.

In Wind Rider’s Oath, Bahzell became a wind rider—the first hradani wind rider in history. And, even if Bahzell is the War God’s champion, because the wind riders are the elite of the elite among the Sothoii, Bahzell’s ascension is as likely to stir resentment as respect. What’s more, Baron Tellian’s daughter, the heir to the realm, seems to be thinking that he is the only man—or hradani—for her. Now, War Maid’s Choice continues the story—and things really get complicated.