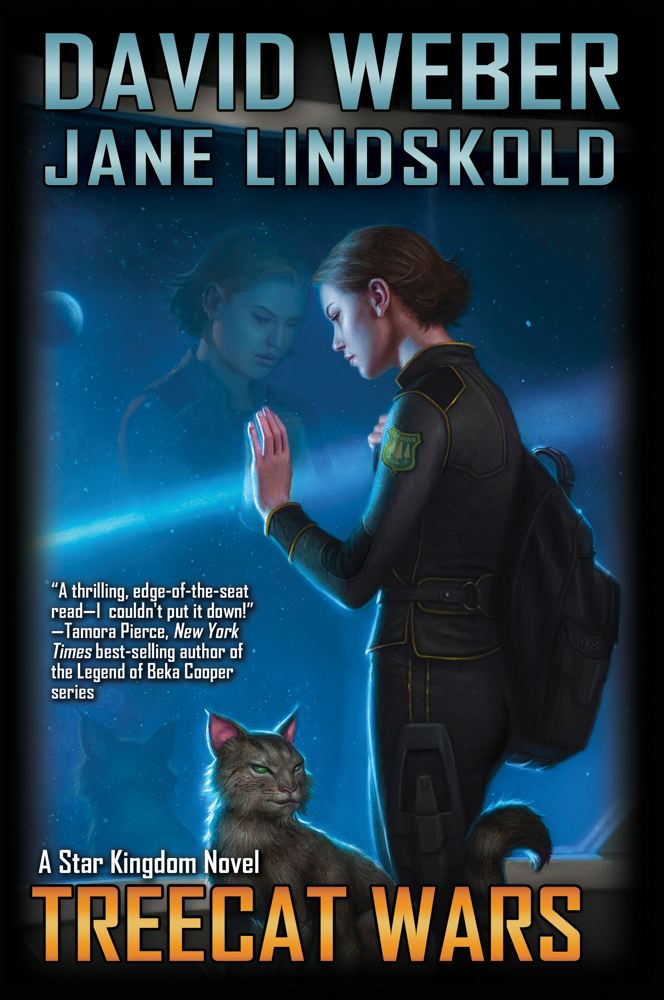 The fires are out, but the trouble’s just beginning for the treecats

On pioneer planet Sphinx, ruined lands and the approach of winter force the now Landless Clan to seek new territory.  They have one big problem—there’s nowhere to go.  Worse, their efforts to find a new home awaken the enmity of the closest treecat clan—a stronger group who’s not giving up a single branch without a fight

Stephanie Harrington, the treecats’ greatest advocate, is off to Manticore for extensive training—and up to her ears in challenges there.  That leaves only Stephanie’s best friends, Jessica and Anders, to save the treecats from themselves.  And now a group of xenoanthropologists is once again after the great secret of the treecats—that they are intelligent, empathic telepaths—and their agenda will lead to nothing less that treecat exploitation.

Finally, Jessica and Anders face problems of their own, including  their growing attraction to one another.  It is an attraction that seems a betrayal of Stephanie Harrington, the best friend either of them have ever had.

About David Weber and the Honor Harrington series:
“. . .Everything you could want in a heroine…plenty of action.”—Science Fiction Age