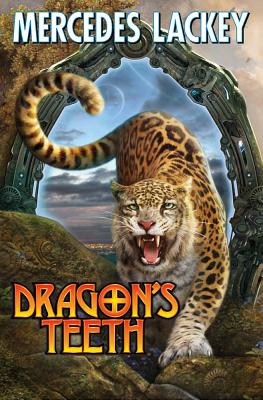 A massive collection of wonderous science fiction and fantasy stories from New York Times best-selling Mercedes Lackey.  Includes Fiddler Fair and Werehunter for the first time in one volume.

Fiddler Fair
Running the gamut from her beloved Bardic fantasies to urban fantasy set in the modern world, from science fiction adventure to chilling horror, this is Mercedes Lackey at her best. Animal rights fanatics try to "liberate" genetically reconstructed dinosaurs. Lawrence of Arabia meets a power beyond human comprehension, and King Arthur is reborn into the present day when he again gains possession of the enchanted sword Excalibur.

Werehunter
A young woman who has been given the power to transform herself into a leopard, but she now finds herself pursued by a hunter who is more than human. Skitty, ship's cat extraordinaire, and telepathic problem-solver, saves the day on a spaceship. Return to the world of the Heralds of Valdemar series, and much more. Plus, Merecedes Lackey's celebrated occult detective Diana Tregarde, attends a gathering of romance writers and encounters a visitor whose passionate desire is for fresh, warm blood. ''

"She'll keep you up past your bedtime."--Stephen King

"A writer whose work I've loved all along"--Marion Zimmer Bradley

Mercedes Lackey is the New York Times best-selling author of the Bardic Voices series, including Fiddler Fair, and the Serrated Edge series (both Baen), the Heralds of Valdemar series, and many more. Among her popular Baen titles are The Fire Rose, The Lark and the Wren, and The Shadow of the Lion, and Burdens of the Dead (with Eric Flint and Dave Freer).  She is also the creator and principal author of the meta-hero shared wrold Secret World Chronicles, also from Baen, including latest entry Revolution.  She lives in Oklahoma.