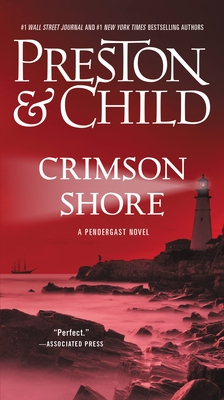 This is book number 15 in the Agent Pendergast Series series.

When a straightforward murder case spirals out of control, Pendergast and his ward investigate an ancient witches' colony in a sleepy New England town where a terrible evil awaits . . .
A secret chamber.
A mysterious shipwreck.
A murder in the desolate salt marshes.

A seemingly straightforward private case turns out to be much more complicated-and sinister-than Special Agent A.X.L. Pendergast ever could have anticipated.
Pendergast, together with his ward Constance Greene, travels to the quaint seaside village of Exmouth, Massachusetts, to investigate the theft of a priceless wine collection. But inside the wine cellar, they find something considerably more disturbing: a bricked-up niche that once held a crumbling skeleton.

Pendergast and Constance soon learn that Exmouth is a town with a very dark and troubled history, and this skeleton may be only the first hint of an ancient transgression, kept secret all these years. But they will discover that the sins of the past are still very much alive. Local legend holds that during the 1692 witch trials in Salem, the real witches escaped, fleeing north to Exmouth and settling deep in the surrounding salt marshes, where they continued to practice their wicked arts. Then, a murdered corpse turns up in the marshes. The only clue is a series of mysterious carvings. Could these demonic symbols bear some relation to the ancient witches' colony, long believed to be abandoned?

A terrible evil lurks beneath the surface of this sleepy seaside town-one with deep roots in Exmouth's grim history. And it may be that Constance, with her own troubled past, is the only one who truly comprehends the awful danger that she, Pendergast, and the residents of Exmouth must face . . .