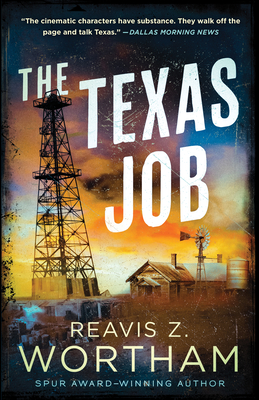 Some men are destined for danger

Texas Ranger Tom Bell is simply tracking a fugitive killer in 1931 when he rides into Kilgore, a hastily erected shanty town crawling with rough and desperate men—oil drillers who've come by the thousands in search of work. The sheriff of the boomtown is overwhelmed and offers no help, nor are any of the roughnecks inclined to assist the young Ranger in his search for the wanted man.

In fact, it soon becomes apparent that the lawman's presence has irritated the wrong people, and when two failed attempts are made on his life, Bell knows he's getting closer to finding out who is responsible for cheating and murdering local landowners to access the rich oil fields flowing beneath their farms. When they ambush him for a third time, they make the fatal mistake of killing someone close to him and leaving the Ranger alive.

Armed with his trademark 1911 Colt .45 and the Browning automatic he liberated from a gangster's corpse, Tom Bell cuts a swath of devastation through the heart of East Texas in search of the consortium behind the lethal land-grab scheme.

Reavis Z. Wortham is the critically acclaimed author of the Red River Mysteries set in rural Northeast Texas in the 1960s. As a boy, he hunted and fished the river bottoms near Chicota, the inspiration for the fictional location. He is also the author of a thriller series featuring Texas Ranger Sonny Hawke. He teaches writing at a wide variety of venues including local libraries and writers' conferences. Wortham has been a newspaper columnist and magazine writer since 1988, and has been the Humor Editor for Texas Fish and Game Magazine for the past twenty-two years. He and his wife, Shana, live in Northeast Texas. Check out his website at www.reaviszwortham.com

"Readers who’ve already seen Tom grown old in earlier installments of Wortham’s Texas Red River series will be rubbing their hands in eager anticipation of what happens next…A familiar but powerful tale of a solitary hero confronting a web of conspirators against hopeless odds." — Kirkus Reviews

"[A] well-crafted crime novel...authentic settings and richly drawn characters complement Wortham’s striking depiction of the Texas oil boom and the unavoidable corruption, greed, and anarchy that accompany it. Hopefully, Bell will be back in a sequel." — Publishers Weekly

"The action starts out strong, moves at a fast pace, and the suspense continues to build...[The Texas Job] is an engaging and action-filled crime thriller in a historical setting that kept me turning the pages." — Mystery and Suspense Magazine

"Much detail is woven into East Texas settings, and colloquialisms are plentiful. Story pacing sometimes slows between action scenes with multiple glimpses of the Ranger taking coffee breaks (a few grains of salt will “cut down the acid”) and smoothing his thick mustache (until he “caught the habit”). But once the shooting starts, Ranger Bell and the book come alive." — Historical Novel Society

""A panoramic tale that entertains us with a suspenseful manhunt but it also reflects on dark times...[The Texas Job] is a smoldering powder keg of a read."" — Crime Fiction Lover