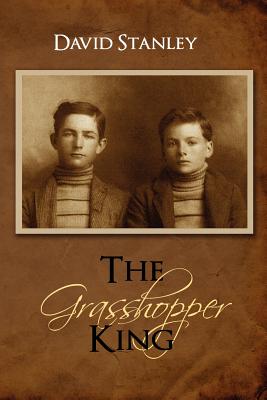 A precocious young boy of five, Cosmas Sarvey is sent to a Catholic orphanage near Pittsburgh because his mother has left her abusive husband. His father now lives with two bums in a battered houseboat, plays his haunting violin at Sandman's Bar and Grill, and is tormented by a recurring nightmare in which the cry of the violin becomes the screams of his beaten wife. At nine years of age, Cosmas travels alone by streetcar and train through heavy snow, his first visit "home" for Christmas vacation. What begins as a simple trip home, becomes, by dint of his sensitivity and imagination, a transformative odyssey. This book explores Cosmas's growing feelings of independence and solitude as the tenuous relationships with his remaining family deteriorate, and he is further isolated from the few acquaintances who might have been lasting friends.Cosmas Sarvey illustrates the resilience of a youth transcending daunting circumstances, overcoming his sadness and insecurity with creative optimism as he faces an uncertain future. The Grasshopper King is Book I of a larger work titled A Land More Kind Than Home.

David Stanley grew up in the Toner Institute, a Catholic orphanage near Pittsburgh, PA. An itinerant, irreverant and sometimes controversial cultural satirist, he is an accomplished watercolorist and a former marine. For over twenty years he traveled the country working as a carnival hand, prospector, lumberjack, carpenter, bicycle messenger and camp caretaker, interspersed with extensive bicycle tours across Arizona and up the northwestern coast, and wilderness backbacking trips to Superstition Mountain and Grand Canyon. He has since worked as a substitute teacher, and spent several years as a volunteer tutor in elementary after-school programs.