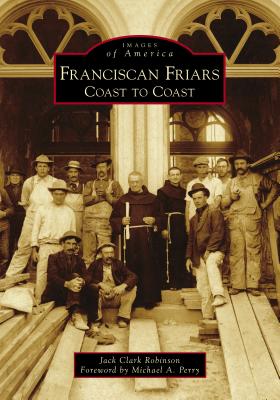 By Jack Clark Robinson, Michael A. Perry (Foreword by)
Email or call for price.
Special Order

Franciscan friars entered the religious landscape of the United States in 1539 and remained part of colonial history in Georgia, Florida, New Mexico, Texas, California, and Louisiana until they were no longer colonies. A Franciscan mission revival began in the 1840s when groups of Franciscan friars arrived with Irish, German, Polish, Italian, and eastern European immigrants. In the 20th century, the friars began to accompany Latin American and Vietnamese immigrants. The number of Franciscan friars peaked in the United States in the 1960s. In the midst of that boom, they engaged in such issues as civil rights and the changes that came to the Catholic Church after the Second Vatican Council. Despite aging and declining numbers in the last 50 years, the Franciscan friars remain active. Franciscans were--and still are--woven deep into the fabric of US history, and in their archives, they have the pictures to prove it. Images of work with Native Americans, in soup kitchens, with social service agencies, and in parishes, schools, and universities provide a compelling look at this little-known part of US history.