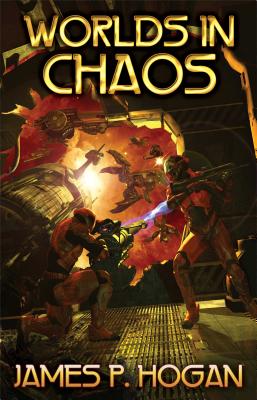 TWO EPIC NOVELS BY A NEW YORK TIMES BEST-SELLING AUTHOR TOGETHER IN ONE VOLUME: Cradle of Saturn and The Legend That Was Earth. Earth is in danger from cosmic catastrophe and alien overlords. Two classic novels from a best-selling master of SF.

Cradle of Saturn
Discoveries made by colonists on the moons of Saturn show that the Solar System has undergone repeated cataclysms and the last was only a few thousand years. This flies in the face of accepted scientific dogma, and is dismissed by Earth's authorities--until the planet Jupiter suddenly emits a white-hot Earth-sized protoplanet that hurtles sunward on a collision course with Earth.

The Legend That Was Earth
The alien Hyadeans have showered high-tech gifts on the population of Earth and are offering to make a paradise of the planet. But when wealthy socialite Roland Cade discovers the dark underbelly of the alien presence, and learns that his ex-wife is one of the so-called terrorists who are fighting against the alien takeover, he's forced to choose sides. Soon, he's caught up in a terrifying conflict that threatens the very existence of the Earth. About Cradle of Saturn:
"Hogan's clearly explained scientific hypotheses presents intriguing questions, and his characters are real and likable . . . the suspenseful plot will keep readers strapped in for this ride." --Publishers Weekly

." . . there's no denying Hogan's] ability to tell a story. . . . The reader who felt that films such as Deep Impact, Armageddon and When Worlds Collide were for wimps might want to jump on this one." --Starlog

." . . on the cutting edge of technology . . . Hogan's talent carries the reader from peak to peak in the story." --Booklist

James P. Hogan was a science fiction writer in the grand tradition, combining informed and accurate speculation from the cutting edge of science and technology with suspenseful story-telling and living, breathing characters. Born in London in 1941, he worked as digital system engineer and sales executive for several major computer firms before turning to writing full-time in 1979. His first novel, Inherit the Stars was greeted by Isaac Asimov with the rave, "Pure science fiction . . . Arthur Clarke, move over!" and his subsequent work quickly consolidated his reputation as a major SF author. He wrote over thirty novels, non fiction works, and mixed collections, including the New York Times bestsellers The Proteus Operation and Endgame Enigma and the Prometheus Award Winning novels Voyage from Yesteryear and The Multiplex Man. He lived in the U.S.A. for twenty years in the USA, then moved to the west coast of Ireland, where he died in 2010.