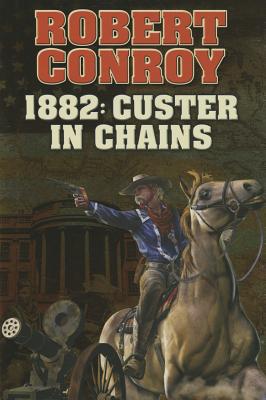 Following his unlikely but decisive (and immensely popular) 1876 victory over Sitting Bull and the Sioux at the Little Big Horn, George Armstrong Custer is propelled into the White House in 1880.

Two years later, he finds himself bored and seeks new worlds to conquer. He and his wife Libbie fixate on Spain’s decaying empire as his source for immortality. What President Custer doesn’t quite comprehend is that the U.S. military isn’t up to such a venture. When a group of Americans on a ship headed for Cuba is massacred, war becomes inevitable—and unless calmer, patriotic citizens and soldiers can find a way to avoid debacle, this war may be America's last stand!

Robert Conroy is the author a run of hugely popular alternate history novels, including Himmler’s War and Rising Sun for Baen Books. His 1942, which is set within a Japanese conquest of Hawaii, won the prestigious Sidewise Award for alternate histories. Conroy has written for Military History magazine and has traveled extensively in Europe where he’s taken a special interest in battlefields, historical collections, and castles. After a first career in business, Conroy has turned his lifelong passion for writing and military history into an immensely satisfying new occupation. He is married, lives in southeastern Michigan, and, when not writing, teaches business and economic history at a local college.