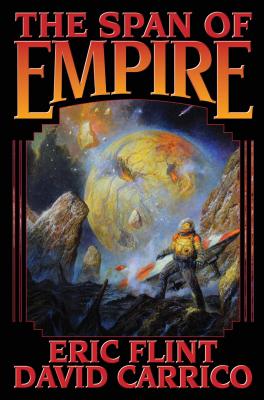 It has become clear to both the Jao and their human and Lleix partners that if they are going to defeat the Ekhat who have been terrorizing the galaxy for eons, they need more allies. To that end, Preceptor Ronz, guardian of Earth and greatest living strategist of the Jao, has harnessed the energy of Earth's humans to create and send out an exploration fleet under the command of Caitlin Kralik.

But after a long search, all the expedition has found are dead worlds and now-extinct intelligent species slaughtered by the genocidal Ekhat. Do they continue to search down the galactic arm in which Earth and the Jao worlds lie, or do they make an astounding leap in another direction? With friends like Gabe Tully, Tamt, Wrot and Caewithe Miller supporting her, Caitlin makes her decision.

Meanwhile, the Ekhat, as murderous and destructive as they have always been, have a new generation of leaders growing into power who are even more implacable than those who have gone before them. The Ekhat have not forgotten the Jao, nor the damage they have done over the years to the Ekhat purpose. It's up to the Jao-human-Lleix confederation and the new allies they make to survive the onslaught and turn the tables on the Ekhat.

About Jao Empire series entry #2 The Course of Empire by Eric Flint & K.D. Wentworth:
“The action is fast and furious . . . a trimphant story . . . ”—The Midwest Book Review

About Eric Flint’s best-selling Ring of Fire series:
“…reads like a technothriller set in the age of the Medicis …”—Publishers Weekly