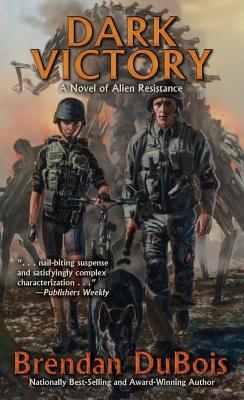 From two-time Shamus Award winner Brendan DuBois comes a terrifying and original tale of a world populated mostly by teens, who are fighting to save their lives . . . and the future of planet Earth.

A decade ago, the alien Creepers came to Earth, dropping asteroids to drown our coastal cities, detonating nuclear weapons overhead to destroy our communications, power, and computer systems, and to set up their network of killer stealth satellites to kill anything on our planet that used modern technology. In a matter of days, Earth was driven back to a nineteenth century existence.

Then the war really began, as the Creepers descended and set up domed bases that were impervious to everything save a nuclear bomb.

For ten years then, the battered and surviving members of humanity have fought against the Creepers and their mechanized exoskeletons, until something unexpected happened: a chance for victory.

Sixteen-year-old Randy Knox has the usual problems of a teenage boy: getting along with his father, dating his sweetheart, and trying not to fail his junior year of high school. But Randy also has other demands on his time, as a sergeant in the N.H. National Guard, attached to the U.S. Army, and fighting the invading Creepers.

Randy has dim memories of a time of electric lights, laptop computers, television screens, and, above all, plenty of food at every meal. On his twelfth birthday, he enlisted in the Army to carry on the fight, since most of the world’s adults have been killed off and it’s up to the younger generations to serve. But now, as a veteran of the Creeper war and with his K-9 partner Thor, Randy has learned to focus on the essentials: the best way to kill a Creeper, scrounge through abandoned buildings for old canned goods, and to avoid being turned into “barbecue bait.” He has earned the Bronze Star, two Purple Hearts, and the Combat Infantryman Badge. Endless war is all he knows.

Now change has drastically come to his life. The current President of the United States has announced that scattered remnants of the Air Force have destroyed the Creeper’s Orbital Base, ensuring victory over the alien invaders. Those surviving Creepers on the Earth’s surface will be hunted down and exterminated, as a weary and wary population celebrates victory.

Yet Randy is assigned a new mission: to escort a secret representative from the Governor of New Hampshire to the nation’s capital to meet with the President. And at the last moment, a fellow teen soldier—the beautiful Serena Coulson and her mute younger brother Buddy—are assigned to join Randy.

This secretive mission proves to be the most dangerous assignment of his life, as Randy tries to protect his charges from rampaging Creepers and criminal humans. And as he fights to reach the capitol with a vital mission, Randy learns that all of his skills in combating aliens may not be enough to survive the dark conspiracies of his fellow humans.

"DuBois (Resurrection Day) has written a great series opener for a range of readers. The adolescent characters make this an especially solid choice for teens with an interest in apocalyptic and disaster fiction."—Library Journal

"Ambitious . . . nail-biting suspense and satisfyingly complex characterization . . . the contrast between DuBois’s world and our own is stark and well drawn."—Publishers Weekly

"A page-turner of an alien invasion novel with fine world-building and characterization. DuBois writes with a strong hand, keeping the fighting and military side of things gritty. From the weapons to the people, Dubois gets it right."—Steve Miller, cocreator of the best-selling Liaden Universe® series

"Brendan DuBois is a fine novelist and easily the best short-story writer of his generation."—Lee Child

Brendan DuBois is the award-winning author of twenty novels and more than 150 short stories. His short stories have twice won him the Shamus Award from the Private Eye Writers of America, and have also earned him three Edgar Award nominations. He is also the author of science fiction novels Dark Victory and Red Vengeance. Brendan lives in New Hampshire. A former Jeopardy! champion, he has recently appeared on—and won—the game show The Chase.