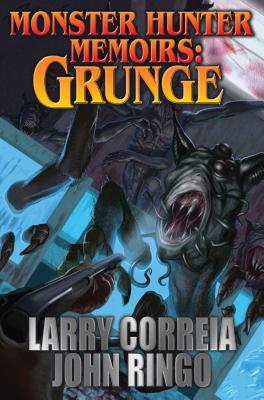 This is book number 1 in the Monster Hunter Memoirs series.

When Marine Private Oliver Chadwick Gardenier is killed in the Marine barrack bombing in Beirut, somebody who might be Saint Peter gives him a choice: Go to Heaven, which while nice might be a little boring, or return to Earth. The Boss has a mission for him and he's to look for a sign. He's a Marine: He'll choose the mission.

Unfortunately, the sign he's to look for is "57." Which, given the food services contract in Bethesda Hospital, creates some difficulty. Eventually, it appears that God's will is for Chad to join a group called "Monster Hunters International" and protect people from things that go bump in the night. From there, things trend downhill.

Monster Hunter Memoirs is the (mostly) true story of the life and times of one of MHI's most effective—and flamboyant—hunters. Pro-tips for up and coming hunters range from how to dress appropriately for jogging (low-profile body armor and multiple weapons) to how to develop contacts among the Japanese yakuza, to why it's not a good idea to make billy goat jokes to trolls.

Grunge harkens back to the Golden Days of Monster Hunting when Reagan was in office, Ray and Susan Shackleford were top hunters, and Seattle sushi was authentic.

Larry Correia is the creator of the Wall Street Journal and New York Times best-selling Monster Hunter International series, with first entry Monster Hunter International; as well as urban fantasy hardboiled adventure saga The Grimnoir Chronicles, with first entry Hard Magic; and epic fantasy series The Saga of the Forgotten Warrior, with first entry Son of the Black Sword. He is an avid gun user and advocate who shot on a competitive level for many years. Before becoming a full-time writer, he was a military contract accountant, and a small business accountant and manager. Correia lives in Utah with his wife and family.