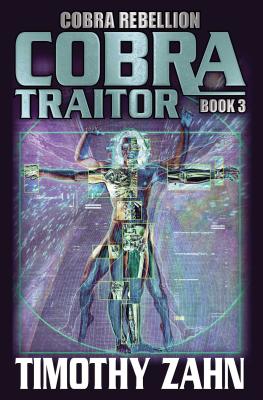 This is book number 10 in the Cobra series.

CONCLUSION TO THE COBRA REBELLION TRILOGY

Once the Cobras fought the implacable alien invaders, the Trofts, to an uneasy stalemate. But in recent years they have faced an enemy more insidious, the oppressive regime known as the Dominion of Man. Now, the Cobra Worlds find themselves under the boot heels of the Dominion, forced into what amounts to slavery, living under martial law. But two clans of Cobras—the Moreaus and the Brooms—will not stand idly by and let the Dominion run roughshod over their home worlds.

Now a threat from without looms. The alien Troft are again planning an attack. Before, they came to conquer. This time they’ve come to annihilate. If the Cobras are to survive, they may have to do the unthinkable: align themselves with the hated Dominion.

Cobras are not known for taking the easy path—and this may be the hardest path of all. But If the Cobras can manage to avoid complete destruction or abject slavery, a new day may finally dawn on the Cobra worlds. The day of Freedom.

Book nine in the Cobra series and the conclusion of the Cobra Rebellion trilogy, from #1 New York Times best-selling author Timothy Zahn.

Timothy Zahn is a Hugo Award-winner and author of the New York Times #1 bestseller Heir to the Empire. Born in Chicago, he earned a B.S. in physics from Michigan State University and an M.S. in physics from the University of Illinois. He sold his first story to Analog in 1978, and immediately attracted attention as a new writer of science fiction based on real, cutting-edge science. Baen published his popular Cobra trilogy in one volume. His other popular series include the Conqueror and Dragonback novels. With David Weber and Thomas Pope, he is the author novel A Call to Duty and A Call to Vengeance. Zahn has written over fifty novels, including the recent works Corbra Rebellion series entries Cobra Outlaw and Cobra Traitor.