A Hymn Before Battle (Legacy of Aldenata #1) (Paperback) 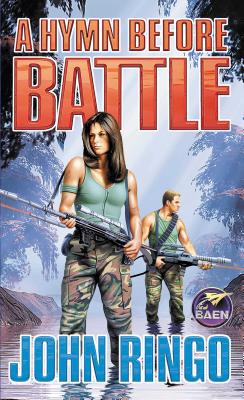 With the Earth in the path of the rapacious Posleen, the peaceful and friendly races of the Galactic Federation offer their resources to help the backward Terrans—for a price.

As Earth's armies rush into battle and special operations units scout alien worlds, the humans begin to learn a valuable lesson: You can protect yourself from your enemies, but may the Lord save you from your allies.

“. . . the thinking reader’s zombie novel . . . Ringo fleshes out his theme with convincing details . . . the proceedings become oddly plausible.”—Publishers Weekly on Under a Graveyard Sky