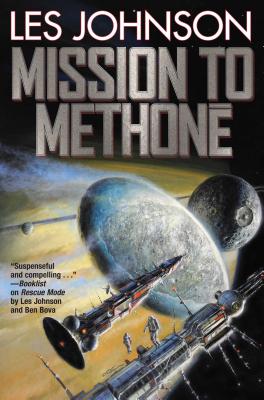 HARD SF IN THE MODE OF ARTHUR C. CLARKE. Humanity is not alone in the universe. Across the galaxy, a war rages between advanced alien races. And its about to be brought to our doorstep.

WE ARE NOT ALONE.

In 2065, space scientist Chris Holt discovers that one of the asteroids he is surveying for mining is actually not an asteroid. It’s a derelict spaceship. Soon the world’s powers are competing to claim for themselves the secrets that it holds. What they don’t know is that across the galaxy a war has been underway between alien civilizations that have very different ideas about what should be done about emerging civilizations like our own. One wishes to preserve. The other to terminate. With extreme prejudice.

THE MISSION TO SAVE HUMANITY. OR DOOM US FOREVER.

The truth can only be discovered on Methone, a tiny, egg-shaped moon of the planet Saturn. But the nations of Earth, in their race to get there, may destroy the one chance we have to survive. It’s up to Holt to find a way through the tangled web of political and military maneuvering, and over the scientific and engineering hurdles, in order to bring humanity face to face with an intelligence that may give us the key to the universe. Or shut the door to the stars for all time.

IT’S A DANGEROUS UNIVERSE OUT THERE. YET WE MUST GO!

"The spirit of Arthur C. Clarke and his contemporaries is alive and well in Johnson’s old-fashioned first-contact novel, set in 2068.... includes plenty of realistic detail and puts fun new spins on familiar alien concepts.... There’s a great deal here for fans of early hard SF."—Publishers Weekly

"With equal parts science fiction and international intrigue....an exciting, fast-paced read that you will not want to put down."—Booklist

About Rescue Mode by Ben Bova and Les Johnson:
"... a suspenseful and compelling narrative of the first human spaceflight to Mars."—Booklist

Les Johnson is a futurist, author, and NASA technologist. Publishers Weekly noted that “The spirit of Arthur C. Clarke and his contemporaries is alive and well…” when describing his novel, Mission to Methone. His most recent novels, The Spacetime War and Saving Proxima (with co-author, Travis Taylor), were published in 2021. In his day job at NASA, Les leads the Near-Earth Asteroid Scout mission that will use a 925 square foot solar sail to propel a small spacecraft to rendezvous with an asteroid.