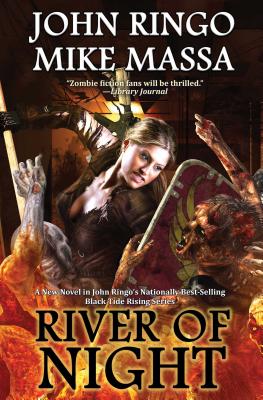 THROUGH THE RAGING PLAGUE

At Tom Smith’s previous gig, he was the global managing director for security of an international bank. Then the zombies emerged. And New York burned. His plan to save the city long enough to find a cure for the zombie virus didn’t survive a bloody scrimmage between angry cops, cunning gangsters, and rapacious officials.

Tom and a few trusted allies were able to stay one step ahead and barely escape. Now they seek refuge in the bank’s prepared evacuation retreat in the Cumberland Valley of Tennessee. But between Tom’s people and relative safety are hundreds of miles of clogged roads, burnt-out towns and howling mobs of infected humans who know only hunger. Plus there are gangs of the non-infected who would like nothing more than to defeat and enslave any weary travelers who happen their way.

And finally, if Tom does pull off the journey, no one is sure how they are going to restart civilization. But even for that, Tom Smith has the spark of an idea. And, as always, the beginnings of a plan. Which he is certain will change completely when the enemy strikes.

BLACK TIDE RISING SERIES:
Under a Graveyard Sky
To Sail a Darkling Sea
Islands of Rage and Hope
Strands of Sorrow
Black Tide Rising
The Valley of Shadows