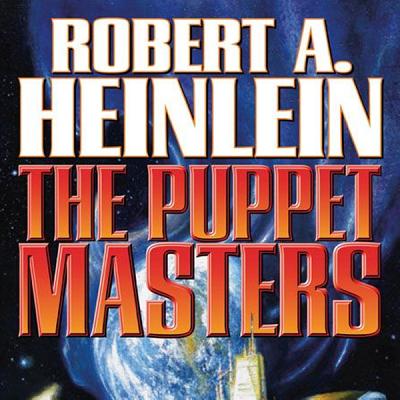 First came the news that a flying saucer had landed in Iowa. Then came the announcement that the whole thing was a hoax. End of story. Case closed.

Except that two agents of the most secret intelligence agency in the US government were on the scene and disappeared without reporting in, as did four other agents who were sent in. As a result, the head of the agency and his two top agents went in, and they managed to get out with their discovery: the earth is being invaded by slug-like aliens who can completely control the mind of any human they touch. What the humans know, they know. What the aliens want, no matter what, the human will do. And most of Iowa is already under their control.

Sam Cavanaugh was one of the agents who discovered the truth. Unfortunately, that was just before he was taken over by one of the aliens and began working for the invaders, with no will of his own. And he has just learned that a high official in the Treasury Department is now under control of the aliens. Since the Treasury Department includes the Secret Service, which safeguards the president of the United States, control of the entire nation is near at hand. Can-do intelligence officer Cavanaugh is the only man who can stop the invaders.