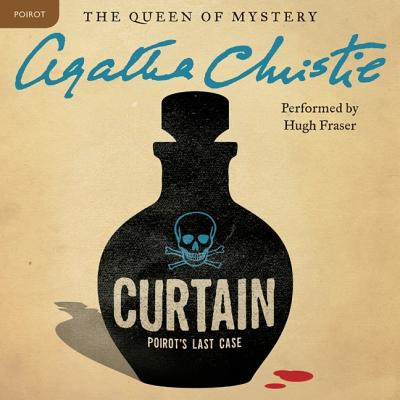 This is book number 1975 in the Hercule Poirot Mysteries (Audio) series.

The legendary detective saves his best for last as he races to apprehend a five-time killer before the final curtain descends in Curtain: Poirot's Last Case, the last book Agatha Christie published before her death.

The crime-fighting careers of Hercule Poirot and Captain Hastings have come full circle--they are back once again in the rambling country house in which they solved their first murder together.

Both Hercule Poirot and Great Styles have seen better days--but, despite being crippled with arthritis, there is nothing wrong with the great detective and his "little gray cells." However, when Poirot brands one of the seemingly harmless guests a five-time murderer, some people have their doubts. But Poirot alone knows he must prevent a sixth murder before the curtain falls.