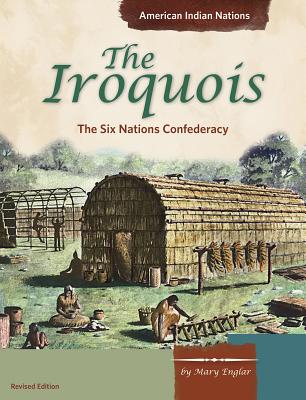 The Iroquois have lived in what is now upper New York State and Ontario, Canada, for more than 4,000 years. In the 12th century, a man of their tribe called the Peacemaker convinced the five other nearby tribes - the Mohawk, Onondaga, Oneida, Cayuga, and Seneca - to work together with the Iroquois in a peaceful confederacy. For centuries, the confederacy worked together to build villages, grow crops, and also to defend its members and defeat other tribes. Together, they expanded all the way from Canada to Kentucky. And then white settlers crossed the Atlantic Ocean and destroyed the confederacy and, with it, their way of life. Members of the confederacy took opposite sides during the Revolutionary War. Not long after the United States was formed, white people forced the Iroquois to give up their land. And yet they continued to survive and adapt to a new way of life. Iroquois live throughout the world, but there is one territory that remains home to the six-member confederacy. Read about the past and present of the Iroquois - their culture, government, and family life - in this informative volume.