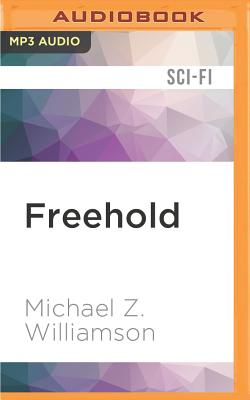 This is book number 1 in the Freehold series.

Sergeant Kendra Pacelli is innocent, but that doesn't matter to the repressive government pursuing her. Mistakes might be made, but they are never acknowledged, especially when billions of embezzled dollars earned from illegal weapons sales are at stake. But where does one run when all Earth and most settled planets are under the aegis of one government? Answer: The Freehold of Grainne. There, one may seek asylum and build a new life in a society that doesn't track its residents every move, which is just what Pacelli has done. But now things are about to go royally to hell. Because Earth's government has found out where she is, and they want her back. Or dead.