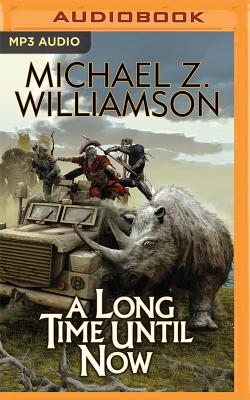 Book one in a new series from the creator of the best-selling Freehold Universe series.

A military unit is thrust back into Paleolithic times with only their guns and portable hardware. Ten soldiers on convoy in Afghanistan suddenly find themselves lost in time. Somehow they arrived in Earth's Paleolithic Asia. With no idea how they arrived or how to get back, the shock of the event is severe. They discover groups of the similarly displaced: imperial Romans, Neolithic Europeans, and a small cadre of East Indian peasants.

Despite their technological advantage, the soldiers only have 10 people and know no way home. Then two more time travelers arrive from a future far beyond the present. These time travelers may have the means to get back, but they aren't giving it up. In fact they may have a treacherous agenda of their own, one that may very well lead to the death of the displaced in a harsh and dangerous era.