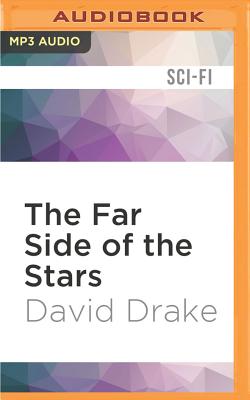 This is book number 3 in the RCN series.

While the Republic of Cinnabar is at peace with the Alliance, warriors like Lt. Daniel Leary and Signals Officer Adele Mundy must find other work, like escorting a pair of wealthy nobles on an expedition to the back of beyond

The Princess Cecile, the corvette in which they carved their reputations in letters of fire, has been sold as a private yacht, but she still has her guns, her missiles, and her veteran crew. Daniel and Adele will need all of those things as they face winged dragons, an Alliance auxiliary cruiser, jealous lovers, and a mysterious oracle that really does foresee the future.

That won't be enough, though, when they penetrate a secret Alliance base and find a hostile fleet ready for a war that will sweep Cinnabar out of a strategically crucial arm of the galaxy. Preventing that will involve skill, courage, and more luck than a sane man could even pray for; and it will require a space battle on a scale that a tiny corvette like the Princess Cecile has no business being involved in.

But she'll be in the middle of it anyway, because Daniel, Adele, and their Cinnabar crew would never turn their backs on a fight