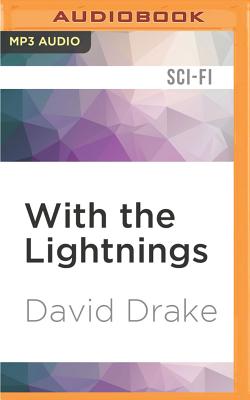 This is book number 1 in the RCN series.

Daniel Leary is a lieutenant in the Republic of Cinnabar Navy with no money and no prospects since he quarreled with his ruthless, politically powerful father.

Adele Mundy is a scholar with no money and no prospects since her family was massacred for conspiring against the Government of Cinnabar.

Kostroma is a wealthy planet which depends on diplomacy to stay independent in a galaxy whose two great powers, Cinnabar and the Alliance, battle for supremacy.

In a few hours, diplomacy is going to fail Kostroma. Daniel, Adele, and the scratch crew they gather aren't much to stand in the way of a powerful invasion fleet, but just possibly they're enough.

Men and women who hold courage cheap and honor more dear than life itself face impossible odds in a novel of color, intrigue, and slashing action. From the corridors of a treason-ridden palace through the perils of unknown seas and hellish jungles to a final blazlng climax in space, the heroes never bow and the action never flags.