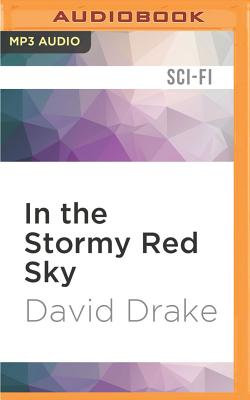 This is book number 7 in the RCN series.

Daniel Leary is Cinnabar's most successful space captain; his friend, Lady Adele Mundy, is its most efficient spy--but they've got their hands full as they face:

A Cinnabar Senator furious at losing an election--and still powerful enough to make her anger deadly
The boy ruler of a star cluster who thinks he's a god--and who can sign the death warrants of even Cinnabar officials if a mad whimsy tells him to
A world of slaves and escaped slaves, where the most savage beasts in the jungle used to be human
An enemy base that could shrug off attack by powerful battlefleets--but which must fall to a single cruiser if Cinnabar is to survive

From palace to reeking jungle, from gunfights in grimy hangars, to the flagship's bridge during a sprawling space battle, Leary and Mundy are in the thick of it again. Watch the galaxy explode In the Stormy Red Sky.