Separated by the War: Steamboats (Hardcover) 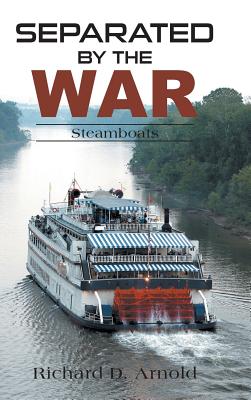 In my first book, Separated by the War: The Cave, ten-year-old brothers are separated during a battle between Yankee and Rebel forces on their isolated farm. The boys are then raised in distant homes. They are reunited during a conflict with the Flower Society ten years later. Unknown to them, one of their sisters survived.

Separated by the War: Steamboats tells the story of the survivor of that tragic battle on their farm. Believing that she is the sole survivor, she enlists the aid of a tribe of Comanche Indian traders to help her on the farm and to escape the renegades that raided the war-torn land during the war as she tries to find her father's oldest brother in the Big Bend of Texas.