Separated by the War: Pirates (Paperback) 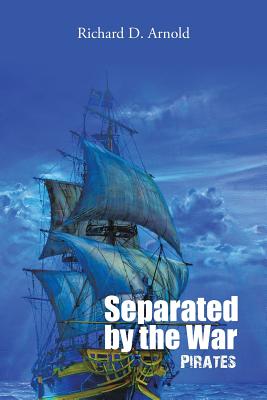 Separated by the War: Pirates is the prequel of the Separated by the War series. It is the story of Jonah Riley, from his childhood on the Rock Farm to becoming one of the youngest sea captains, serving as a privateer interdicting pirates and Flower Society on the high seas. He left the sea to raise his family on a secluded farm far from the sea until a skirmish between Yankee and Rebel soldiers seriously injured him and killed his wife and children, and separated him from surviving members of his family. Returning to the sea, he battled the evil Flower Society and other pirates in a never-ending conflict with pirates. Learning of the survival of his children and their conflict with the Flower Society, he pursues them across the war-torn US continent.