Choosing Courage: Inspiring True Stories of What It Means to Be a Hero (Paperback) 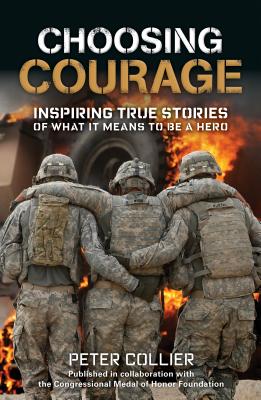 Riveting real-life accounts of heroism from Medal of Honor recipients, including Clinton Romesha (author of Red Platoon: A True Story of American Valor) and exceptional civilians like schoolteacher Jencie Fagan

How does an ordinary person become a hero? It happens in a split second, a moment of focus and clarity, when a choice is made. Here are the gripping accounts of Medal of Honor recipients who demonstrated guts and selflessness on the battlefield and confronted life-threatening danger to make a difference. There are the stories of George Sakato and Vernon Baker—both of whom overcame racial discrimination to enlist in the army during World War II (Sakato was a second-generation Japanese American, Baker an African American) and went on to prove that heroes come in all colors—and Clint Romesha, who led his outnumbered fellow soldiers against a determined enemy to prevent the Taliban from taking over a remote U.S. Army outpost in Afghanistan.

Also included are civilians who have been honored by the Congressional Medal of Honor Foundation for outstanding acts of bravery in crisis situations, from a school shooting to the 9/11 attacks on the World Trade Center. Adding depth and context are illuminating essays on the combat experience and its aftermath, covering topics such as overcoming fear; a mother mourning the loss of her son; and “surviving hell” as a prisoner of war.

Peter Collier has written extensively about bravery in battle in the New York Times bestselling Medal of Honor: Portraits of Valor Beyond the Call of Duty, first published by Artisan in 2003. He lives in Nevada City, California. The Congressional Medal of Honor Foundation is a nonprofit organization whose mission is to perpetuate the medal’s legacy of courage, sacrifice, and patriotism.