The Argyle of San Antonio (Hardcover) 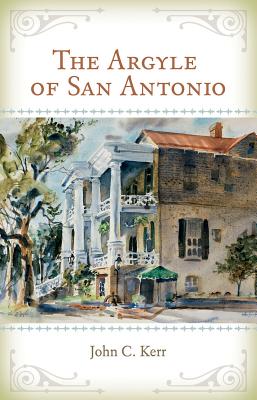 By John C. Kerr
Email or call for price.
Usually Ships in 1-5 Days

The stately mansion known as the Argyle has a past as storied and fascinating as the Lone Star State itself. From its origins as a home and headquarters of a horse ranch to its transformation into an inn and elegant dining club, and ultimately part of a pathfinding medical research endeavor, the Argyle has been at the center of San Antonio and Texas history since the middle of the nineteenth century.

Originally built as a residence in 1860 by Charles Anderson, the Argyle temporarily served as an arsenal for the Confederacy during the Civil War. By the late nineteenth century, siblings Robert and Alice O’Grady operated what became a familiar inn and fine dining establishment for weary travelers and many notable figures, including Gen. John J. “Black Jack” Pershing. During the Great Depression and World War II, the Argyle fell into disrepair. Betty Moorman, whose brother Tom Slick had founded the nonprofit Southwest Foundation for Biomedical Research, rescued the Argyle from the brink of demolition and converted it into a fine dining club whose members would provide financial support for the research institute.

Today the Argyle continues to serve and support the mission of the Texas Biomedical Research Institute, making important contributions to understanding and developing treatments for infectious diseases and cardiovascular disease, cancer,  diabetes, and other common diseases. This book not only contributes to the story of San Antonio’s history but is also a treasured and informative keepsake for those who support and continue to benefit from the Argyle and its larger mission.

JOHN C. KERR is the author of several historical novels, including The Silent Shore of Memory, and coauthor of Only a Khaki Shirt: A Memoir of the Pacific War. After practicing law for a number of years, he was CEO of American Century Corporation and is currently a general partner with Texas Next Capital, a private equity firm in San Antonio, where he resides.