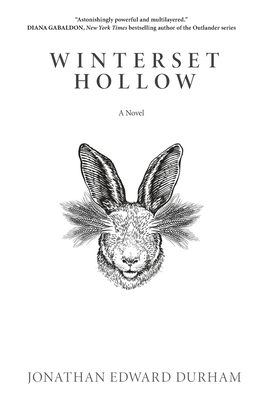 Winterset Hollow follows a group of friends to the place that inspired their favorite book-a timeless tale about a tribe of animals preparing for their yearly end-of-summer festival. But after a series of shocking discoveries, they find that much of what the world believes to be fiction is actually fact, and that the truth behind their beloved story is darker and more dangerous than they ever imagined. It's Barley Day . . . and you're invited to the hunt.

Winterset Hollow is as thrilling as it is terrifying and as smart as it is surprising. A uniquely original story filled with properly unexpected twists and turns, Winterset Hollow delivers complex, indelible characters and pulse- pounding action as it storms toward an unforgettable climax that will leave you reeling. How do you celebrate Barley Day? You run, friend. You run.

Jonathan Edward Durham was born near Philadelphia in one of many rust-belt communities where he read voraciously throughout his youth. After attending the College of William & Mary, where he received a degree in neuroscience, Jonathan waded into the professional world before deciding he was better suited for more artistic pursuits. He now lives in California where he writes to bring a unique voice to the space between the timeless wonder of his favorite childhood stories and the pop sensibilities of his adolescent literary indulgences.