The Farm: The Memories, Laughs and Tears (Paperback) 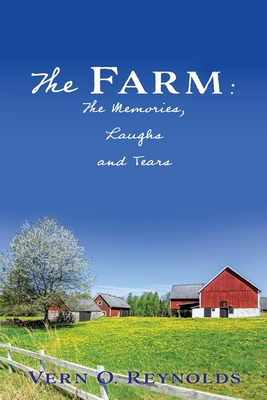 Summary"The Farm: The Memories Laughs and Tears" is the fictional story told by John Riegal a young man growing up on the family farm. While some of the short stories are fictional many of the various stories are based on true life events. John tells uplifting stories of his life that are fun, family oriented and adventurous. His life goal is to work on the family farm and take it over when the time comes. As time passes John finds himself being torn in a different direction as he grows into adulthood. His Christian upbringing becomes a driving force in his goals in life. The authors stories tell inspiring experiences of John's life, love, and losses in the rural farm community. The authors writing is also brilliantly detailed, descriptive, and realistic, creating beautiful images of the setting, the events, and the characters. Hidden in the story is a message of encouraging faith presenting a spiritual theme that guides John through life.Be prepared to share with John and his family in many laughs and some tears. About the Author Vern Reynolds studied journalism and broadcasting at Illinois Central College and Bradley University. There he worked with WTVP television and interned on air with WCBU FM radio a PBS affiliate.Vern also studied motion picture production and is a past member of the Society of Motion Picture Television Engineers. Having worked on a Films for Christ production he was inspired to begin work on his own films however things took a turn. He fell in love with a small-town movie theatre. From there he operated several Central Illinois theatres and worked as President of Reynolds Theatres Entertainment for 38 years. While still operating the theatres he traveled and sang gospel music and working as the sound tech. He also drove the entertainer bus to get everyone the next church or concert venue. Those college skills have also led to writing and directing a pilot adventure television series Uncharted Expeditions. The writing of this book gave Vern the opportunity to put some short stories down on paper and the rest was God inspired and gives glory to God. Vern attends Riverside Community Church in Peoria Illinois, where he volunteers as a television camera operator. Vern has one daughter, Laura Ramey and three Granddaughters, two great grandchildren. Of course, his best friend and dog Joy is always with him.