Introrse: Where the Spirits Speak (Hardcover) 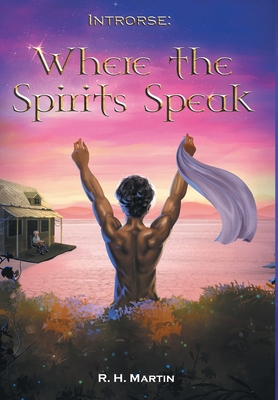 The Melissma Sea migrates on Hytrae's equatorial Salt Plain of Shilom, spending two years as sole but temporary property of three politically diverse provinces. At her leading edge, the massive Storm Zone's fresh water dissolves old salt while in her shallow quiet evaporation zone, she returns the cleansed salt back to Shilom. The Naweci call the sea the Dissolver of Doubts and the salt plain the Peace Maker and teach their children the two form a holy union as is the marriage of truth and men. Fishermen swear the souls of those who die at sea are captured in the holy mist Locsoldrn, a mysterious cloud legend squeezed from the Melissma when she tasted the blood of man's first violence against man. The silent lightning within Locsoldrn is, they say, the souls of the dead warning of the Day of Judgment.

The Melissma is crossing the border into Ides. The Merchant Prince of Ides, Soroff Baejon, has discovered the mist can be used to resurrect the recently deceased. He assumes die once and live forever.  Baejon prophesies his emperor will be assassinated at the Idean Onset celebration and, in two days, live again to lead Hytrae's race of mortals into immortality. Never do men know all the consequences of even their smallest endeavors. The wicked come only like a feather on a breeze, gently upon the mind as in a dream until men step into their domain or invite them into theirs. Baejon believes he can merge the two dimensions to his advantage. This he declares Hytrae's Singularity.

Randy H. Martin was born in Anniston, Alabama, and received a BS from Jacksonville State University, Jacksonville, Alabama, and an MS in biology from the University of Alabama in Birmingham, Alabama. He's taught biology as an adjunct professor at Gadsden State Community College and as a full-time professor at Jacksonville State University. He also taught biology, physics, physical science, government and economics, computer science, and chemistry at Jacksonville Christian Academy. He's worked as a quality control chemist in manufacturing and research and in the testing of drugs for cancer treatments. He and his wife reside in the Appalachian Foothills of Northeast Alabama. He is founder of the GOWIYM Group, whose sole purpose is to Get Old Wisdom Into Young Minds.