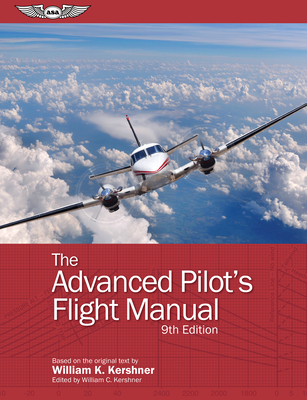 William K. Kershner: William K. Kershner (1930-2007) began flying in 1945 at the age of fifteen, washing and propping airplanes to earn flying time. By this method he obtained the private, then the commercial and flight instructor certificates, becoming a flight instructor at nineteen. He spent four years as a naval aviator, most of the time as a pilot in a night fighter squadron, both shore and carrier based. He flew nearly three years as a corporation pilot and for four years worked for Piper Aircraft Corporation, demonstrating airplanes to the military, doing experimental flight-testing, and acting as special assistant to William T. Piper, Sr., president of the company. Bill Kershner held a degree in technical journalism from Iowa State University. While at the university he took courses in aerodynamics, performance, and stability and control. He held the airline transport pilot, commercial, and flight and ground instructor certificates and flew airplanes ranging from 40-hp Cubs to jet fighters. He is the author of The Student Pilot's Flight Manual, The Instrument Flight Manual, The Advanced Pilot's Flight Manual, The Flight Instructor's Manual, and The Basic Aerobatic Manual. Kershner operated an aerobatics school in Sewanee, Tennessee using a Cessna 152 Aerobat. He received the General Aviation Flight Instructor of the Year Award, 1992, at the state, regional and national levels. The Ninety-Nines awarded him the 1994 Award of Merit. In 1998 he was inducted into the Flight Instructor Hall of Fame, in 2002 was installed in the Tennessee Aviation Hall of Fame, and in 2006 was inducted into the International Aerobatic Club Hall of Fame. William C. Kershner: William C. Kershner was soloed by his father, W.K. Kershner, and holds Flight Instructor and Airline Transport Pilot certificates and has flown 22 types of airplanes in his over 10,000 hours of flight time ranging from Cessna 150s to Boeing 777s. He now is editor of his father's "Flight Manuals" textbook series.