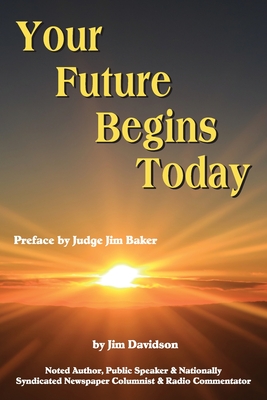 Jim Davidson is a Christian businessman and a native of Gould in Southeast Arkansas. His career as a public speaker, author and motivational consultant has spanned almost 50 years. Some of his many awards and achievements include: Arkansas Salesman of the Year, Chairman of the Little Rock Chamber of Commerce's Diamond Club sales organization, Justice of the Peace in Pulaski County, Chairman of the Speakers Bureau of the Pulaski County United Way, Leadership Gavel recipient as voted by members of his Dale Carnegie Class, and honorary member of the DECA & GCE Clubs of Arkansas. He has been presented with the "Good Neighbor Award" by the Conway Chamber of Commerce and is the 2010 "Distinguished Service Award" winner for Conway Public Schools.

In 1980 Jim began writing and producing a daily radio program titled, "How to Plan Your Life." It has been broadcast on over 300 stations coast to coast and heard by thousands of people each weekday. In 1995, he also began writing a weekly newspaper column for his hometown newspaper, the Log Cabin Democrat, in Conway, Arkansas. With over 365 papers in 35 states running the column since its inception, it is believed to be the most successful self-syndicated column in the history of American journalism. In 2005, he founded a nationwide literacy program titled, "A Bookcase for Every Child," to provide a quality bookcase, and a starter set of books to children being reared in low-income families. This project has spread to five other states and they have now given over 2,000 bookcases to those deserving children.

His last work may be the most important. Jim has made a commitment to partner with Arkansas PBS to develop a curriculum to teach pre-school children the success habits of Character, Integrity, Respect and Manners. He believes that, in time, this will change the culture of violence in America.