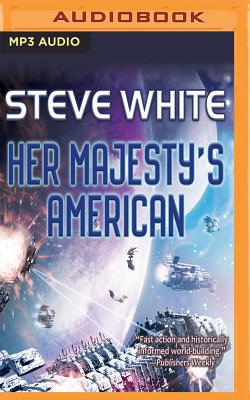 In an alternate future where the British empire never crumbled, the spaceships of Her Majesty's Navy work to keep the spaceways safe. Commander Robert Rogers of the Royal Space Navy is a defense intelligence officer known for his unconventional ways. Rogers is American born and raised, a loyal citizen of the Viceroyalty of North America. He's a descendant of the founder of the highly effective, pro-British Rogers' Rangers during the Colonial unpleasantries of 1776, and he's inherited his ancestor's intelligence and drive in spades.

But there are those among the stars who are not so happy being subjects of the British Empire. In the Tau Ceti system, a cauldron of trouble brews as a terrorist faction of the rebellious Sons of Arnold attacks the empire from within, and warships of the theocratic Caliphate enter the system, prepared to do their worse to destroy the hated empire head-on.

Yet standing against the coming anarchy and tyranny is one intrepid spy prepared to risk all for queen and empire: Commander Robert Rogers, her majesty's American.