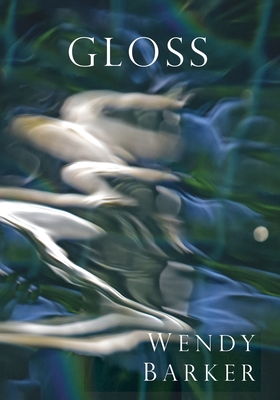 In a haunting and, ultimately, stunning, sequence of poems in varied lyrical forms, Wendy Barker's Gloss develops a narrative that poses questions about her mother's unusual, seemingly privileged, British background. The poems of this gripping book are punctuated by short syllabic meditations on a Chinese scroll picturing a lone man paddling up a long river toward mountains. These little poems serve as tension-building breaks between lineated, conversational poems and prose poems that describe shiny yet tarnished pieces of family silver and snippets of family memories. Throughout, these poems "gloss" the underlying meanings of stories passed down through generations, as the book slowly builds to reveal disturbing facts that had long been hidden. Ultimately, though the book may, at first glance, seem to be validating the British mother's colonial background, with a family history involving a lucrative import-export firm, Barker makes it clear that the damages done by colonialism can cause painful familial as well as global damage.