Horizon of the Dog Woman (Paperback) 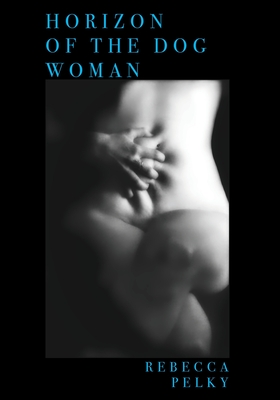 Horizon of the Dog Woman powerfully explores the strength of people, especially women, who struggle to find acceptance--in their bodies, in histories, in relationships, or in Indigeneity. These poems invoke the anxieties of outsiders, of those forced to reside in the liminal spaces of our society. Still, from these in-between places and too-often ignored perspectives, the speakers boldly proclaim their presence and their deep understanding of the systems complicit in their situations. The personas created in Horizon's poems refuse to be sidelined. Rather, they dig in and create new spaces, building up rather than being overcome.

Largely set against the vast northern forests and deserted shorelines of Michigan's Upper Peninsula, Horizon describes a landscape that, while sometimes frigid and harsh, also offers space for growth, solitude, and a kind of peace that exists outside the frameworks of "civilization." The poems in this collection recreate the Great Lakes region's deep northern woodlands, as well as its shorelines, borders, and ghost towns; it is in this liminal wilderness that Horizon's speakers most often find acceptance of place and self.

Built on both the personal and the persona, this collection gives voice to the unvoiced throughout history and literature. From Leda of Greek mythology to a mid-20th Century female magician; from the "Radium Girls" to unspoken women in the classic poems of Kipling, Noyes, or Carroll; from Mohegan ancestors to Lake Superior, the characters in the persona poems speak boldly and against that which would silence them. Also invoking a more personal perspective, Horizon details the first steps by an Indigenous woman toward an exploration of her disconnected histories, cultures, and languages. As a member of a displaced group of Indigenous peoples, the author explores not only what it means to be displaced, but also "re-placed" into the homelands of another Indigenous culture. Drawing on both Brothertown/Mohegan and Anishinaabe language and traditions, Horizon begins to interrogate multicultural Indigenous spaces and bodies disrupted and complicated by settler colonialism. Here too, the narrators are asking where they fit in, sometimes demonstrating conviction, while at other times doubting, questioning, and leaving the reader without easy answers.

At its heart, Horizon of the Dog Woman is about relationships. Yes, romantic relationships, both the hopeful and the toxic, but more so about relationships between mothers and daughters, women and their communities, people and their histories, between the body and the land. First and foremost, the relationship that underlies each of these is the relationship between the body and the self. The poems in Horizon return to the body over and over again, exploring, for example, the effects of society's expectations, unwanted pregnancy, sexual and emotional violence, as well as the healing effects of nature. The voices issuing from those battle-weary but tenacious bodies don't just speak; they demand to be heard.