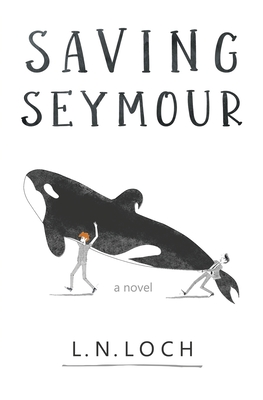 In a parallel world, black-and-white vision is the norm, and only a small minority who meet their Soulmate can see in color.

Ivan Notte has just met his Soulmate, and he isn't happy about it. Maybe he could have handled seeing the world in color if his Soulmate hadn't turned out to be a troubled artist. Winston Jinx is everything Ivan prides himself on hating. He's a painter (so, without a real job), an activist (so, entitled), and he's a giant smartass. Ivan knows things aren't going to work, especially given Winston's passion for the local orca pods that Galaxsea Theme Parks (Ivan's company) stole its star attraction from.

Winston is equally miffed when he meets Ivan. After all, Winston is way too busy planning to jailbreak Seymour the orca to deal with some bigot who sneers at the word "orange." And yet, said bigot keeps finding excuses to show up at Winston's apartment with questions about the wild orcas, why Winston isn't bothered by seeing in color, and what mysterious project is keeping Winston's fridge stocked with salmon.

If Ivan is already slightly disturbed by his own infatuation, he's mortified by it when he finds out about Winston's plans to free Seymour. Not because he's worried about the theme park--Galaxsea's corporate culture is nightmarish--but because his coworker and ex, Mike Swan, would love an excuse to rid Seattle of one more activist, and he has already demonstrated his personal disdain for Winston.

Saving Seymour is an adult coming-of-age story about the trials that come with choosing happiness, discovering one's sexuality, and love's power for change.