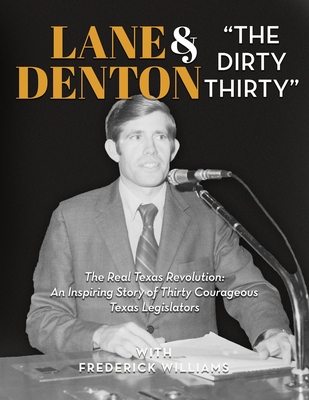 Lane Denton & "The Dirty Thirty" is a remarkable story of how a freshman legislator, Lane Denton, helped to organize "The Dirty Thirty," who courageously reformed the Texas Legislature and helped to defeat a governor, lieutenant governor, and speaker of the House of Representatives. Their efforts practically led to Sissy Farenthold's election as governor of the state.

In his informative memoir, Denton exposes the conspiracy of silence about the assassination of President John F. Kennedy and the misuse of power by then-Attorney General Greg Abbott and then-Governor Rick Perry.