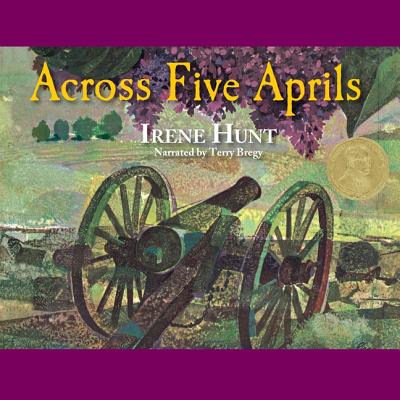 Author Irene Hunt, who won the Newbery Medal for her novel Up a Road Slowly, went to live at her grandfather's farm in Illinois after her father's death in 1914. Her grandfather's stories of his boyhood during the Civil War became the basis for this compelling novel, Across Five Aprils. Although young Jethro Creighton never witnessed a battle, his life on the family farm in southern Illinois was shattered by the Civil War. He was nine years old in 1861 and over the next five years, he would learn that war deeply affects lives well beyond its gruesome battlefields. Join with narrator Terry Bregy as he brings to life one boy's story-how Jethro grows from a sensitive, carefree child to a man before his time, learning to face each day with courage and finally, hope.